This article is adapted from a presentation titled "Are your promotions outdated? New ideas for a post-digital generation," given by Jennifer Vaughn, Andrew McDaniel and Kirsten Hammann at the 2018 NASPA Regional Conference in Sacramento.

They zip around campus wearing bluetooth headphones; they eat their meals, relax, study and socialize all within a sort of personal Times Square of backlit screens. Forty percent of them would rather have working Wi-Fi than working bathrooms. They’re Generation Z; and while they are the “digital natives” you’ve heard about—they who have never known life without the internet, their aspirations and concerns go way beyond the web.

Members of Gen Z were born between 1996 and 2010—that makes them 9–23 years old today and means that we have entered a long stretch during which they’ll make up the majority of the student population on campus. They’re already the largest age cohort in the country, at 26 percent of the population, as well as the most diverse in American history. Much has been written about the number of screens they juggle (five to Millennials’ three), social networks they do and don’t use (Facebook fast losing favor) and the amount of time they spend online (74 percent of their time outside of school or work), but engaging Gen Z takes understanding what they value and how they see the world, which is quite different from Millennials and Gen X and can sometimes even feel counter-intuitive. 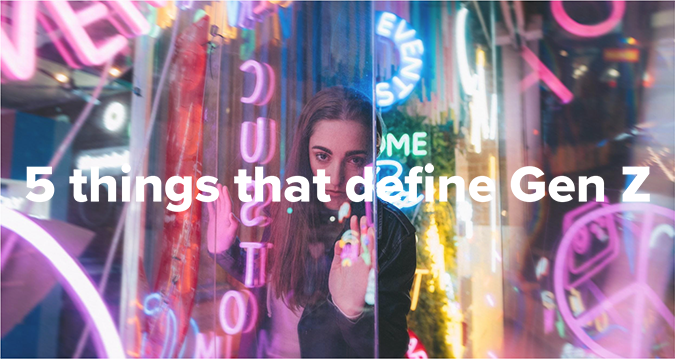 Now we’ll dive deeper into five defining traits of Gen Z and talk about how they relate to your marketing to and communicating with your student audience. Towards the end of the article, we’ll look at two projects within Student Affairs that exemplify some of these guidelines. Here’s what you’ll need to keep in mind about the post-digital generation:

1. They grew up during the Great Recession.

During the banking crisis of 2008, members of Gen Z ranged from 12 years old to … not born yet. This backdrop of economic turmoil—Gen Z saw their parents’ average net worth drop by 63 percent between 2007 and 2010—left an indelible mark.

As a result, Gen Z are more pragmatic, realistic and risk-averse than their Millennial siblings. They start thinking about and planning the future early, researching and talking to others about their financial futures by age 13. Sixty percent already have savings accounts, and 95 percent report feeling optimistic about the futures they are busy saving for. 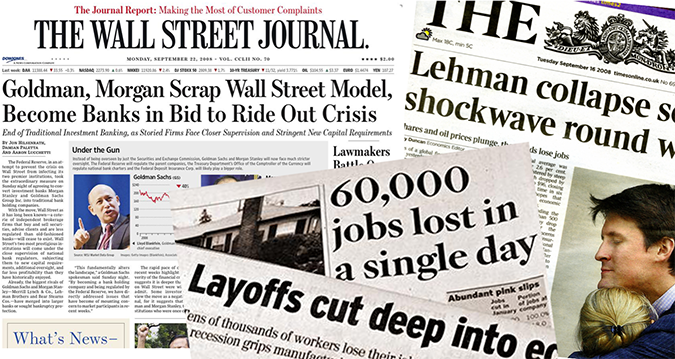 This generation’s experience of the recession in childhood colors their decision making and worldview. What this means it that you have to be able to easily explain the value of what you are offering them. Is it worth their time? How will it pay off for them down the line? Because time has a real, tangible value to Gen Z, and anything with a financial component—which could simply be a commitment of time—will weigh heavily in their deliberations and decisions.

The early 2000s wasn’t all about instability and setbacks. True, banks crumbled and thousands lost their jobs, but we also had our first African American president. To the most racially diverse generation ever, this was a watershed moment. So, we see these two things come together in Gen Z to form a powerful fulcrum between skepticism and optimism, pragmatism and idealism.

This can be seen in Gen Z’s interest in racial, gender and income inequality, as well as environmental issues. Eighty-nine percent of Gen Z say that they have a responsibility to make a positive change in the world. More than any other generation, they’re guided by their values. They aren’t seeing themselves or their values represented in government; instead, they’re turning to Corporate America and using their purchasing power to make companies responsible and responsive to the social causes that matter to them. In this and many other ways, they’re taking action. 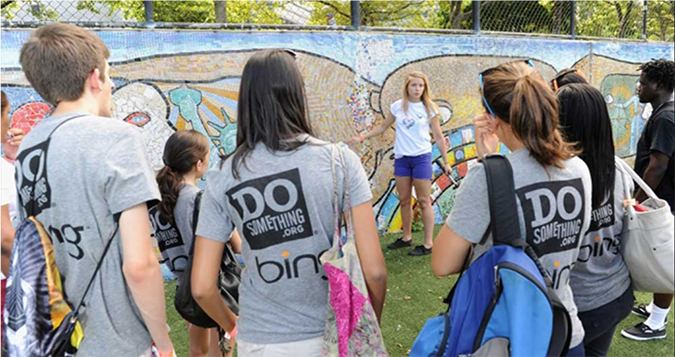 Gen Z’s values and sensibility when it comes to language and conscientious use of resources should be respected by as well as reflected in your messaging to them.

Use inclusive language and be mindful of ableism and tokenism. Make sure that what you say matches what you do—Gen Z have a sixth sense for BS and the backlash will be immediate and blistering.

Gen Z is also more environmentally conscious than any previous generation, so be mindful of how you use your resources, especially print.

Finally, appeal to their desire to do good in the world. Examples of this would be promoting how your program or event aligns with their values or identity; promoting how they can be partners with you to take action and give them a variety of opportunities to contribute in a way that feels meaningful to them personally. “Co-creation is key … involve your applicants and students in redesigning your services to meet their needs,” write Claire Povah and Simon Vaukins in The Guardian.

The value of a traditional higher education degree is another area where Gen Z has a different perspective. Time conscious as they are, a four-year degree can feel like a huge hurdle to getting out into the world and making an impact. They’re also finding college too expensive relative to its long-term value; reflecting on the experience (and debt) of their Millennial siblings, they don’t see it as the same safe bet it was for their parents and grandparents and are looking for other ways.

Natural entrepreneurs, Gen Z are getting immersed in the professional world as early as high school. In fact, 43 percent of current college students say that would rather be entrepreneurs than employees. 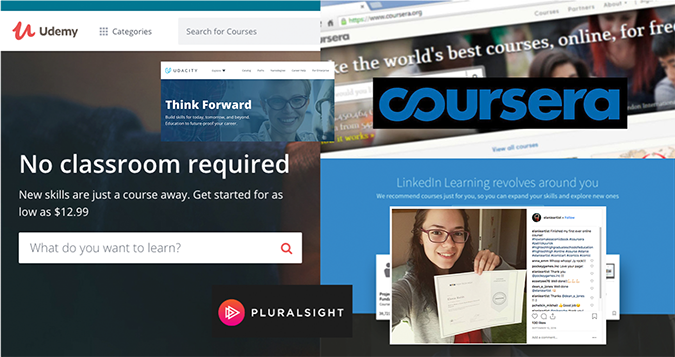 Your authority as a representative of “the University” isn’t enough to automatically gain the trust and confidence of Gen Z. Keep in mind that the university is competing with more than just other higher education institutions—Gen Z students increasingly look to online services to replace or augment traditional education. Departments wanting to get students to come to your events and take advantage of your services will have to focus on building real relationships and really demonstrate the value of what you’re offering. Consider how you can cater to and nurture your audience’s focus on their future success—and especially their interest in entrepreneurship.

Based on what we’ve seen so far, we know that building trust and credibility is paramount with this skeptical and pragmatic, yet idealistic and optimistic group. One way this is expressed is in their insistence on authenticity. The only way to gain the trust of this group is by demonstrating authenticity and transparency.

Be as real and accessible as possible. Adopt tactics that allow you to co-create a shared brand experience with students; for example, work with student influencers who are popular within your audience’s circle to get your message out; encourage and share user generated content; and consider social media takeovers—great on Snapchat and Instagram stories—and vlogging.

Include real students as much as possible. Student testimonials are very powerful and can be transmitted in a variety of formats. Student input via micro-focus groups can also be incredibly valuable in the planning stages for marketing an event or program.

If budget allows, investing in a social listening tool like Brandwatch or mention can help you identify student influencers and spot trends that are important in understanding the mindset of your audience.

We have heard the term “digital-natives” used often with reference to Gen Z, but it could probably also be applied to the younger half of Millennials. Gen Z is post-digital; they’re mobile-native and social-native.

If your department never shares its content to social media, it's a safe assumption that Gen Z will never see it, no matter how sharp, well written or on point it may be. Only 23 percent of popular news outlet Buzzfeed's traffic comes from the website itself; the vast majority of its content is consumed through its social media channels on Facebook, Instagram, Pinterest and others.

Being mobile and social natives means Gen Z’s language of choice is video. In fact, Facebook estimates that by 2021, 78 percent of all mobile data will be video. While their average attention span is eight seconds, that doesn’t mean they can’t pay attention for more than 8 seconds. Videos over 10 minutes are actually the most popular on YouTube right now. What this statistic means is that they take less than 8 seconds to decide if content is worth their time or not. It’s instant prioritization. They are adept at parsing information, and they triage in real time what deserves attention and what does not. 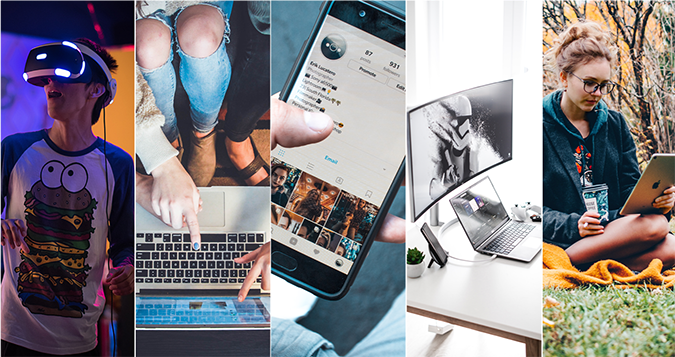 Your content strategy should be social- and mobile-first with all other channels delivering a consistent, seamless experience.

If you have the same content on each channel, what’s the point of going to all the channels? Content needs to be exclusive on different channels. 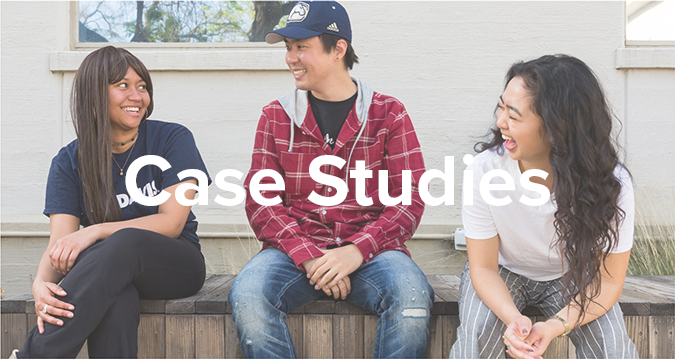 dear.survivor was a social media campaign that was part of a larger campuswide Sexual Violence Awareness and Education campaign.

We developed an Instagram channel and photo series to support and empower survivors of sexual violence on our campus—photos of real students promoting an important cause. Again, authentic, socially conscious and social media-based. 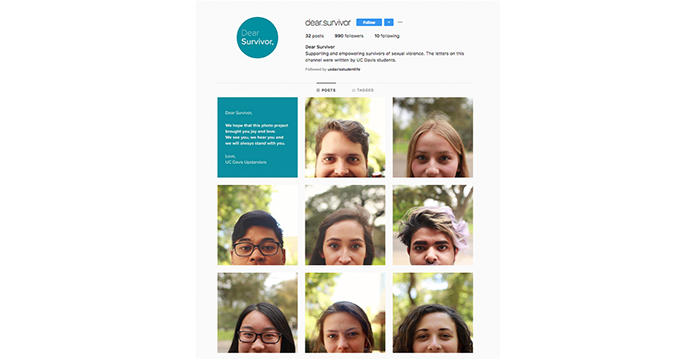 This campaign tapped into Gen Z’s social consciousness, their desire for authenticity and their social-native nature.

In the past, the Orientation Handbook was usually over 100 pages and filled with information from the four different colleges, major and minor requirements, information about student services, etc. It is also used as a workbook for peer mentors to help new students pick their classes.

Last year, we made the book both bigger and smaller. We increased the size of the book so that we could fill it with striking custom photography featuring real students. Our student creative team was heavily involved in the look and feel of the new piece—leading brainstorms, coming up with mood boards, art directing the photoshoots, styling student models and even taking the photos themselves. 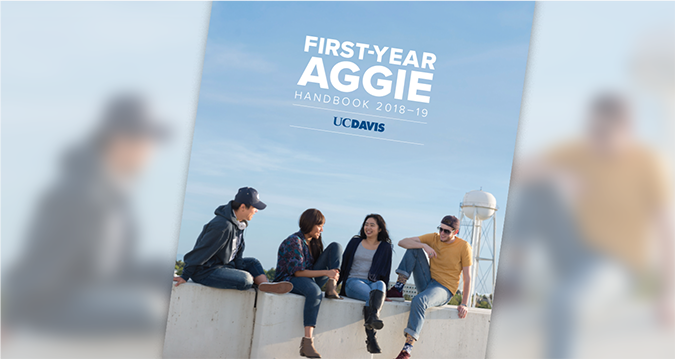 While we increased the size of the book, we decreased the number of pages. We cut over 90 pages in last year’s edition. All of that info went into a free mobile app, UC Davis NOW, powered by Guidebook. Students can access this information 24/7, wherever they are, and the content is now searchable. We saved over 1 million pages and drastically reduced the carbon footprint of this project in just one year, and the app recently won a national award for green design.

The redesign of the Orientation Handbook was really a redesign of the whole experience, putting mobile first and centering the design around students’ desire to see real people delivering the message. 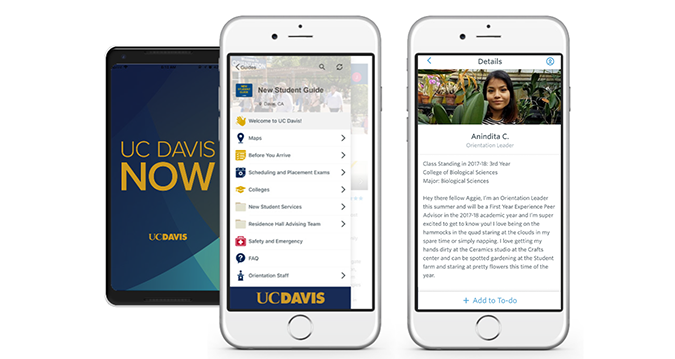 So, in conclusion, Generation Z is here and yes, they are digital-, mobile- and social-natives who spend 10 plus hours a day online and keep track of five screens at once, all with an attention span of eight seconds. While this all may be more or less true, we hope we’ve revealed the side of Gen Z that this stereotyped view often overshadows—the fact that they’re pragmatic idealists and doers with a powerful social conscience, a thirst for authenticity and the inborn hustle to navigate all of the 21st century uncertainties that tend to make preceding generations uneasy.

There’s a lot to admire about this cohort and a lot of reason to feel hopeful.

When marketing to Gen Z, we suggest that these four questions be your guiding stars: