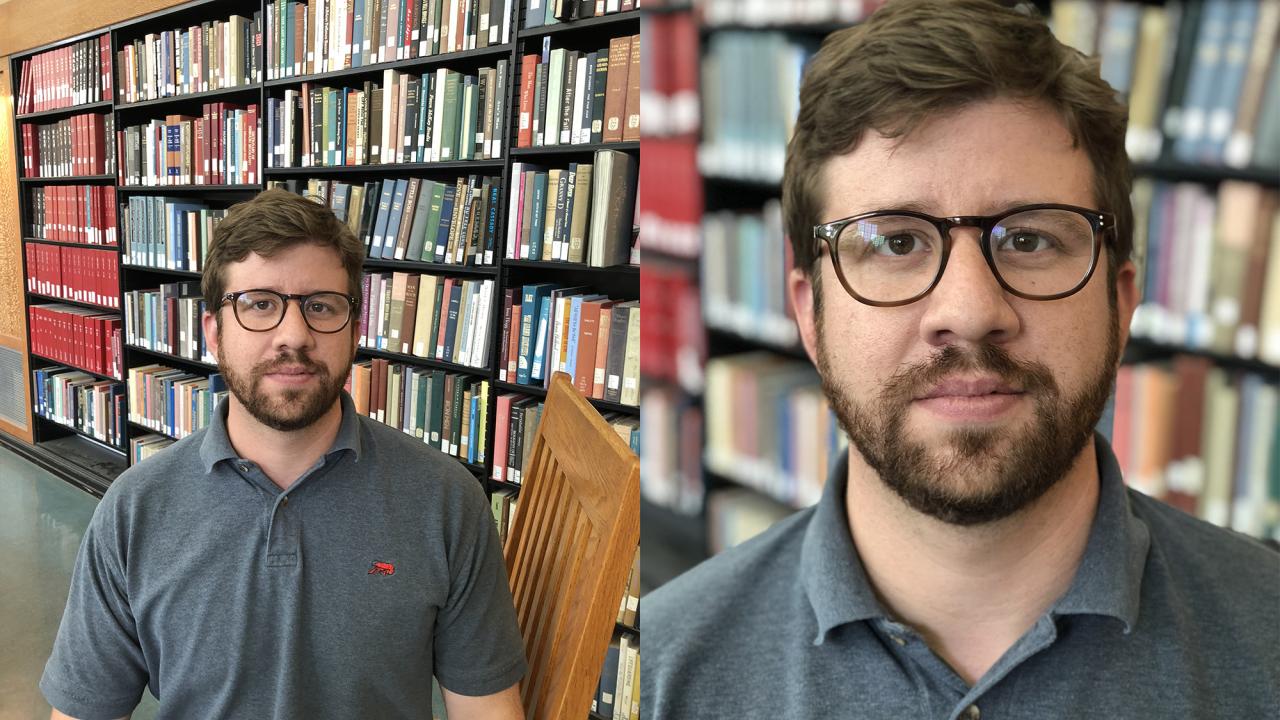 As divisional support content specialist, Nat writes and edits content for Student Affairs’ newsletters, websites and other communications channels. Originally from Alabama, he attended Rice University in Houston and lived in the small Baltic country of Latvia from 2013 to 2017. He started at SAMC in April of this year.

What is your education, marketing and communications background?
In 2014, I earned a master’s in linguistics and law from the Riga Graduate School of Law, in Latvia. While I’ve yet to put that degree into direct use, I returned two years later to the school where I earned it, this time to help them organize and promote an international law conference—the largest in the country’s history. After that project ended, I worked as a copywriter and in other marketing roles for an e-commerce company called Pranamat Eco, but I found myself missing the atmosphere and mission of higher ed.

What brought you to UC Davis?
Two years ago, my wife, Ulrika, and I were living more than 5,500 miles from Davis, in Riga, Latvia—her home country. She was in the process of interviewing for a post-doctoral researcher position at UC Davis focused on a rare genetic disorder called Angelman Syndrome.

So, we picked up and moved to Davis, and for the first year I telecommuted to my job back in Europe. A perk of this set-up was that I had the freedom to explore the town—and campus—while I worked. One day, not long after I’d discovered what a quiet and beautifully air-conditioned place Shields Library is to spend a working day during the summer, I was taking a short break in a shady spot on the Quad. It just clicked for me at that moment how much I liked being on campus and that I needed to find a role here that included writing and marketing and involvement with the life of the university—and I’m grateful that I found that role with SAMC.

Where do you find inspiration? What fuels your creativity?
Travel is one thing. For me, it’s really important to get out of town every so often, ideally to someplace new, although it isn’t necessary to go far. It’s an easy way of getting free from a lot of the mental rigidities that can hamper creative thought when you’re in your familiar setting.

It’s not unlike the creative brainstorming sessions we have here at SAMC. Which makes me think that hosting brainstorming meetings in rotating world capitals might have a multiplier effect on creativity. Maybe that’s something we could look into?

How would you describe the vibe of UC Davis? Any quirks, idiosyncrasies, curiosities?
I think the vibe is great at UC Davis. I like the highly-evolved ag school feel and how it’s such a big campus—with all of the resources, benefits and positive things that brings, but that there’s also a nice sense of intimacy and opportunities to meet people from other departments. There’s a sense of being part of this huge enterprise, and you’ll never know everyone else who works here, but there are these various ways of coming together with other people and feeling part of a larger community.

I also like how the Quad plays host to so many big, public events throughout the year. And being based in Lower Freeborn, I get to stumble upon all kinds of cool happenings like the Powwow and Whole Earth Festival, and other concerts and events, and all of these things contribute to making UC Davis feel like a vibrant and exciting place to be.

As far as curiosities go, I love the double-decker buses, though I still haven’t taken a ride on one.

What is the most challenging book you’ve ever read?
Uncle Tom’s Cabin. I read it in fourth grade. It wasn’t assigned reading, but for some reason my best friend and I decided to “race” each other and see who could finish it first. This was by far the longest book I’d attempted up to that point, which is probably what attracted us to it—but it totally gripped me and opened my eyes to American history—and the history of my region in particular—as something much deeper and more complicated than what I’d suspected based on my fourth-grade social studies class. As a bonus, I also managed to finish the book before my friend did.

Email Nat at nscuriel@ucdavis.edu . Connect with him on LinkedIn .